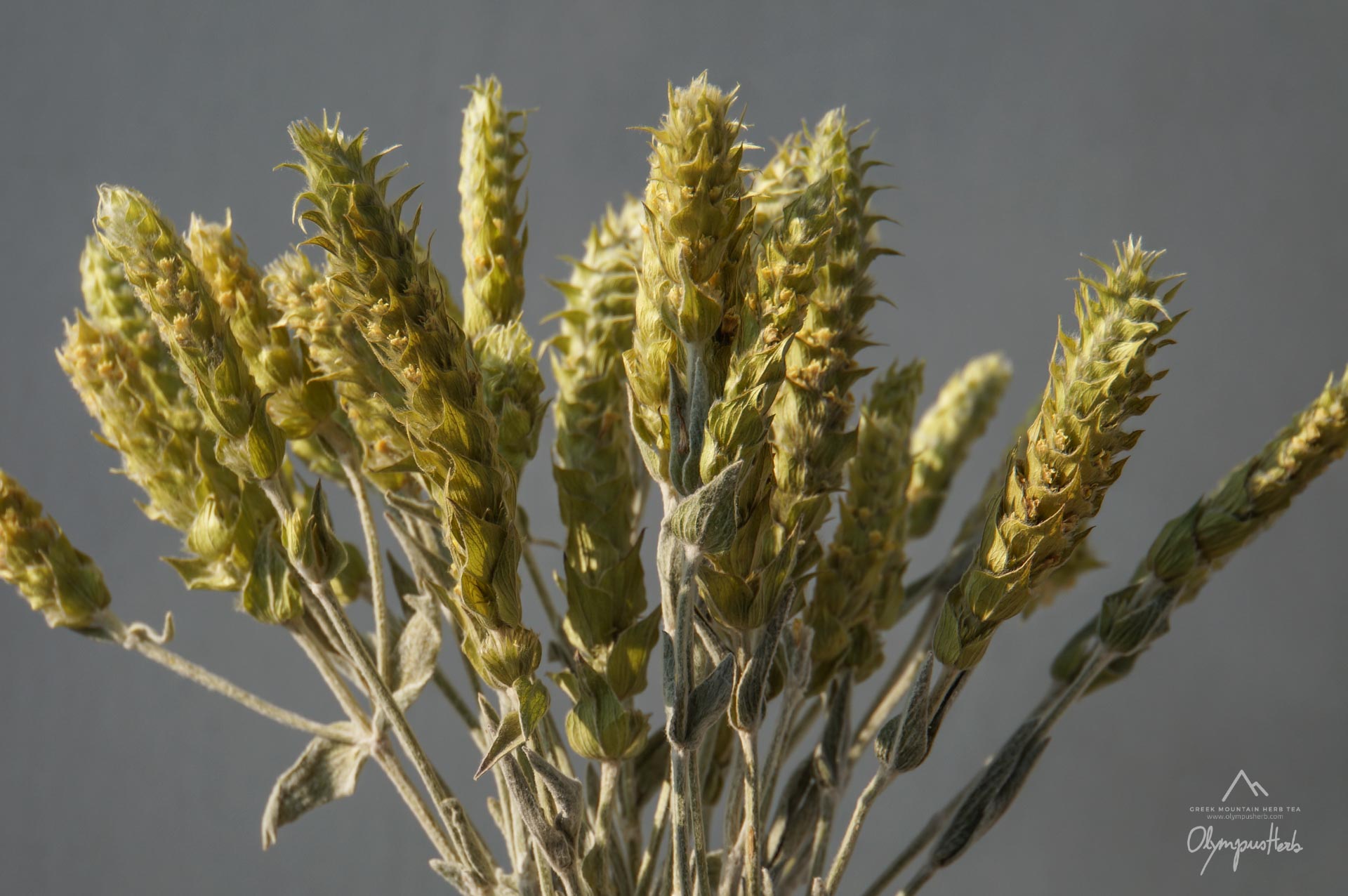 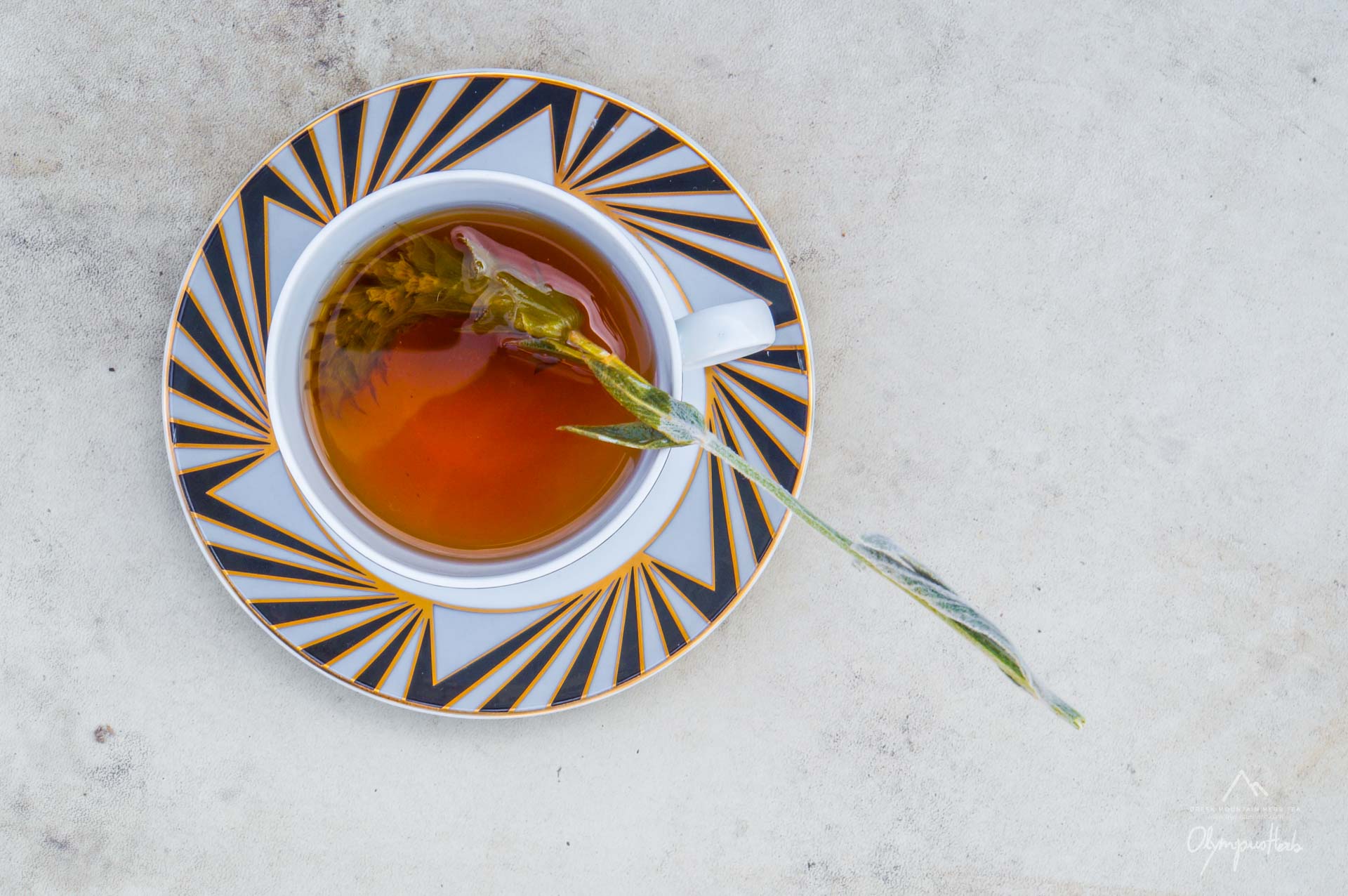 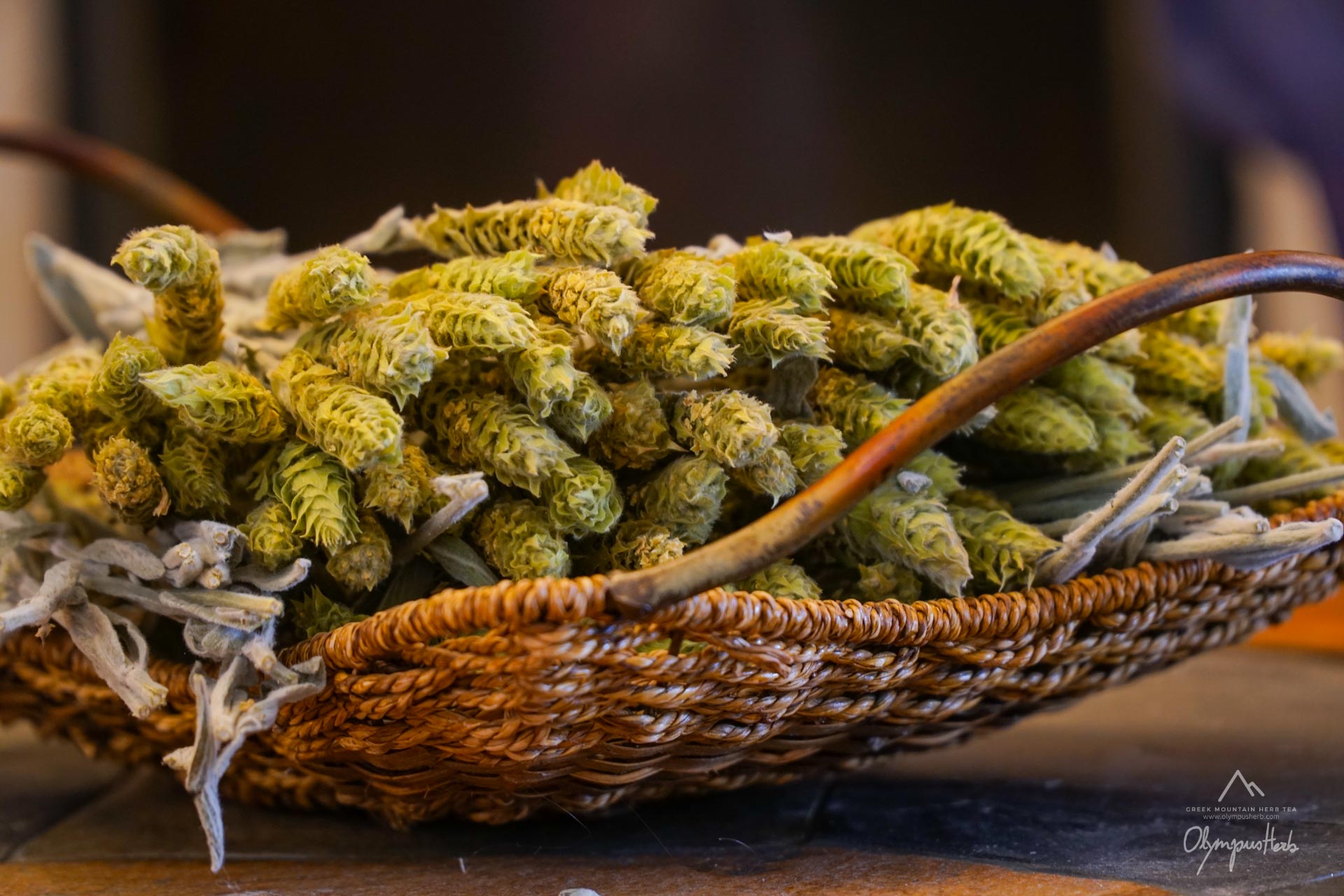 A tasteful and healthy herb, straight from the slopes of mount Olympus. 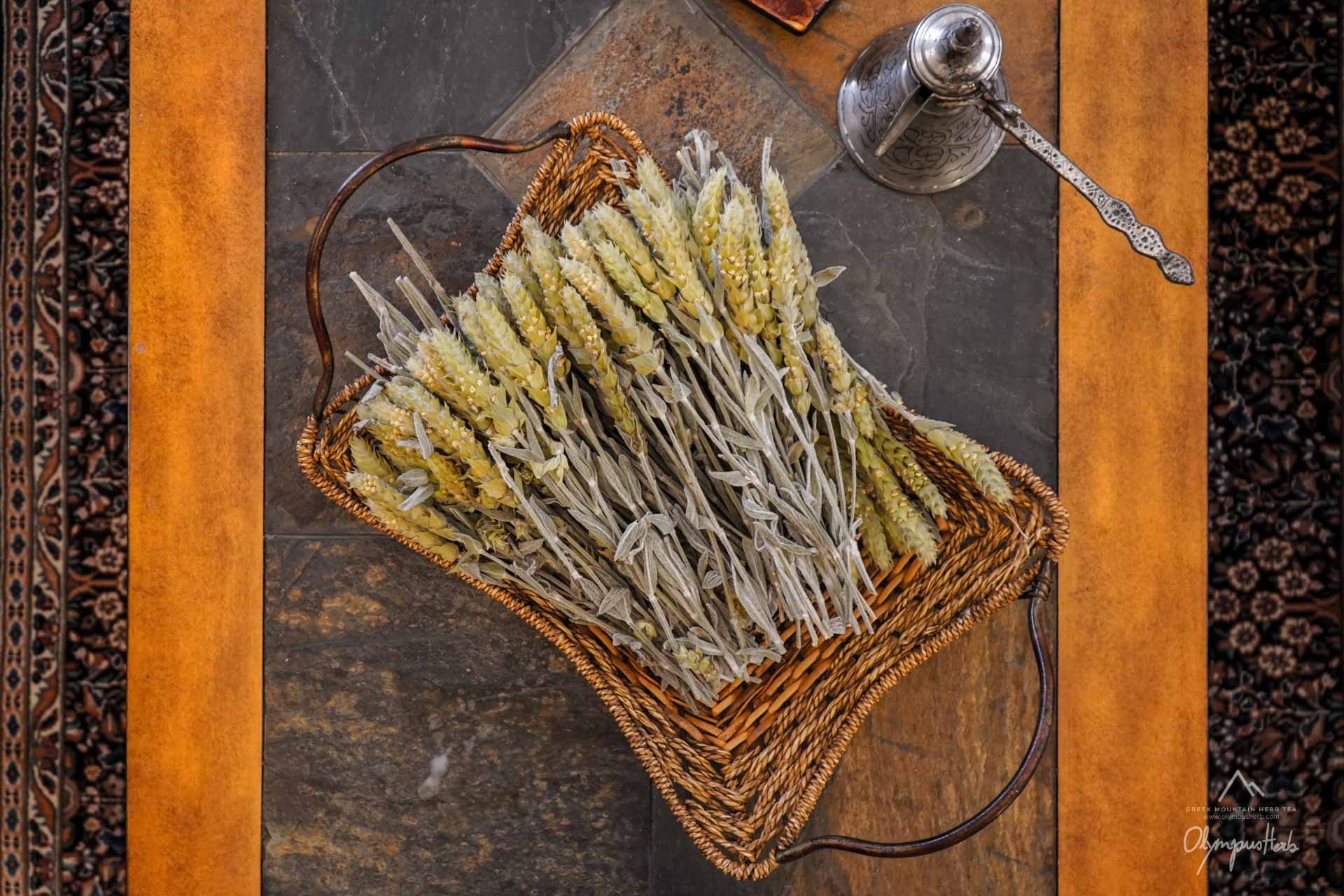 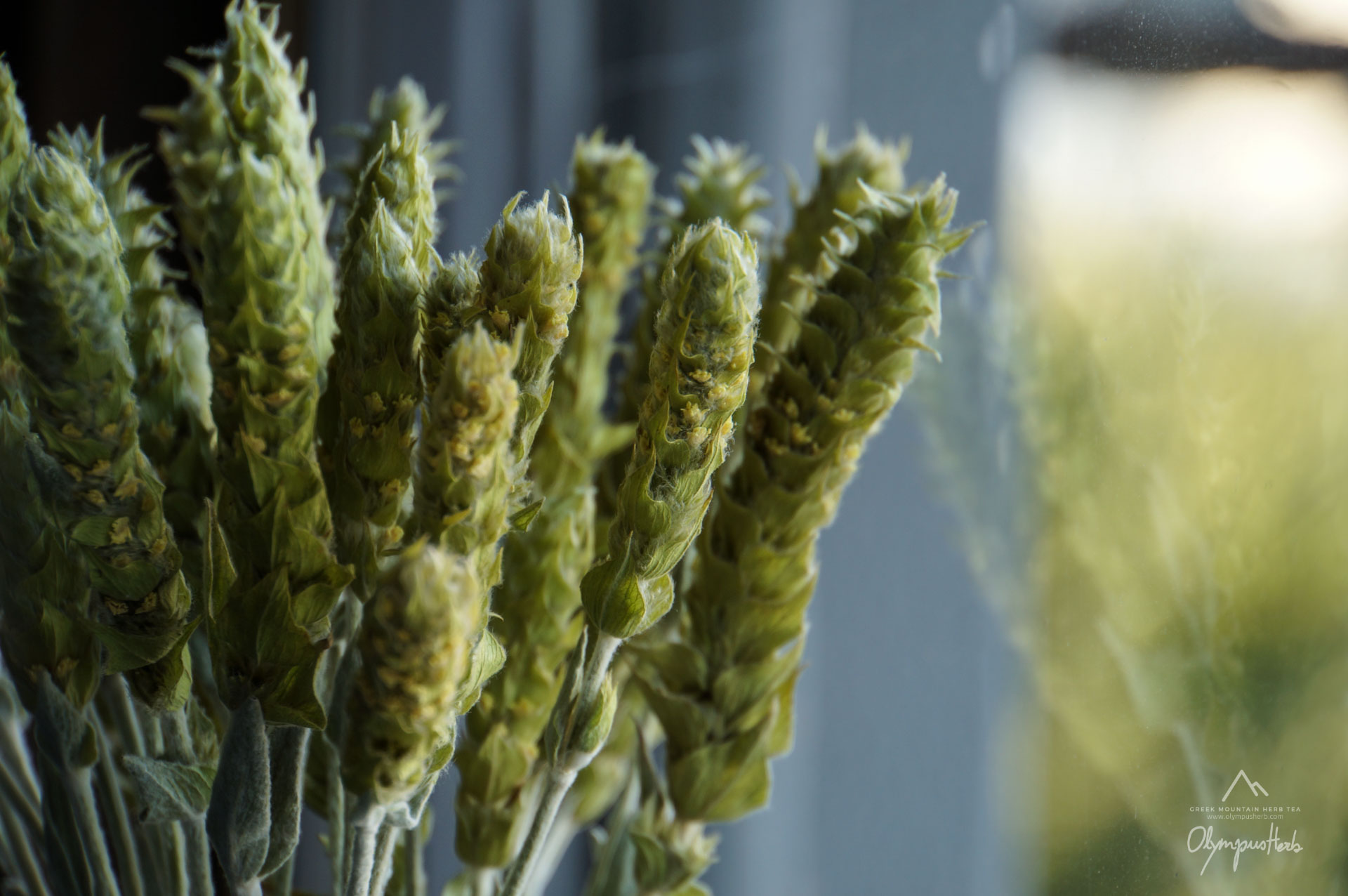 Organic herbal product brought to you with care and respect to the environment.

Straight from the slopes of Mount Olympus, we proudly introduce the Mountain Herbal Tea in a new exciting way to enjoy.

Grown with love under the optimum conditions, only in organic farms and with certified means of collection and packaging, we present the king of the herbs (sideritis scardica) in its purest form. 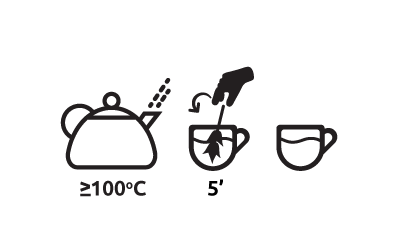 Serve it hot any time of the day and feel the healing action while enjoying its rich aroma and bright colours.

Dip one piece of herb, or two for a stronger taste, in almost boiling hot water in a cup, holding by the stem. You can leave the herb I your cup, or let it infuse for 5 minutes and remove. 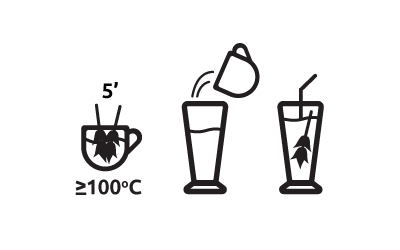 Serve it cold during a shiny day and let your senses enjoy a cool and fresh daily pleasure with bright colours.

Immerse two herbs in hot boiling water 60-80 ml (1 ½ cups of coffee) and leave for 5 minutes. Fill up a tall glass with ice-cubes and transfer contents in the glass. Leave in one piece of herb.

Today, almost 300 years after being recorded for the first time, sideritis scardica is still the King of herbs which grow in the near-mediteranean countries. Its rich aroma and special properties make it an essential and ideally everyday element of the world-famous mediteranean diet.

From the mountaintops of Olympus, home of the ancient Gods, we bring to you one of the most important herbs with a constant presence in the mediteranenan diet for centuries.